Shoshone Falls is a waterfall on the Snake River located approximately five miles east of Twin Falls, Idaho. Sometimes called the "Niagara of the West," Shoshone Falls is 212 feet (64.7 m) high—45 feet (14 m) higher than Niagara Falls—and flows over a rim 1,000 feet (305 m) wide. Shoshone Falls has existed at least since the end of the last ice age, when the Bonneville Flood carved much of the Snake River canyon and surrounding valleys. It is a total barrier to the upstream movement of fish. The falls were the upper limit of sturgeon, and spawning runs of salmon and steelhead could not pass the falls. Yellowstone cutthroat trout lived above the falls in the same ecological niche as Rainbow Trout below it. Due to this marked difference, the World Wide Fund for Nature used Shoshone Falls as the boundary between the Upper Snake and the Columbia Unglaciated freshwater ecoregions. Licensing - Open Edition Prints 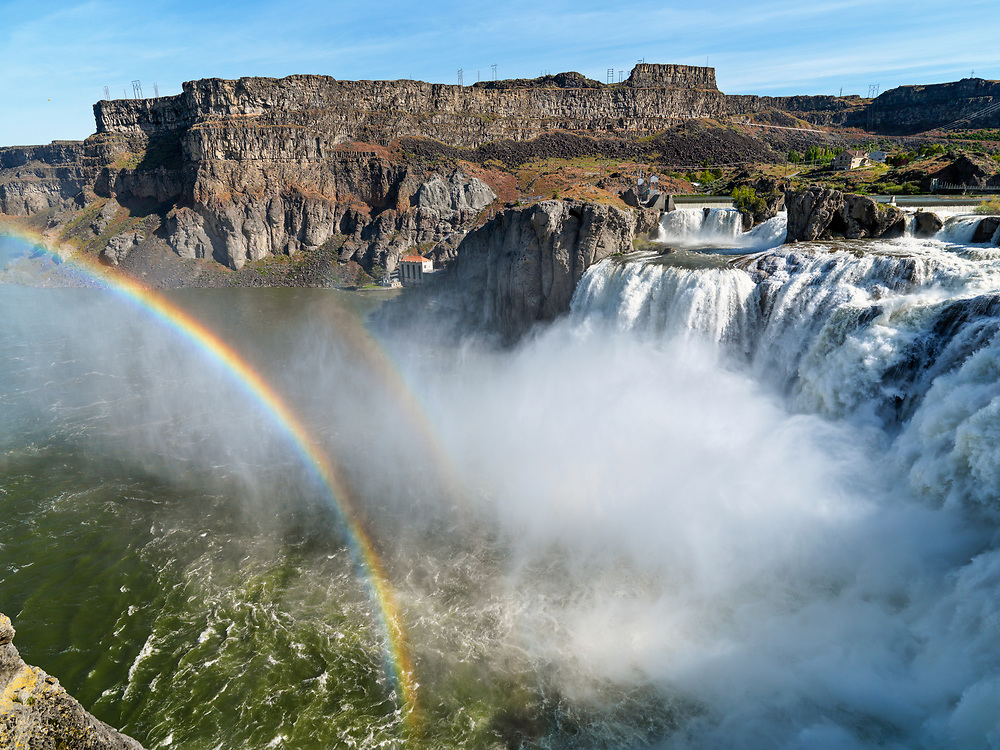