Lower Granite Dam is the first dam along the Washington Section of the Snake River. Lower Granite Lock and Dam is a concrete gravity run-of-the-river dam in the northwest United States. On the lower Snake River in southeastern Washington, it bridges Whitman and Garfield counties. Opened 46 years ago in 1975, the dam is located 22 miles south of Colfax and 35 miles north of Pomeroy. Lower Granite Dam is part of the Columbia River Basin system of dams, built and operated by the United States Army Corps of Engineers; power generated is distributed by the Bonneville Power Administration. Behind the dam, Lower Granite Lake extends 39 miles (63 km) east to Lewiston, Idaho, and allowed the city to become a port. The first barge to Portland on the 374-mile (602 km) navigation route was loaded with wheat and departed Lewiston on August 9, 1975. Lake Bryan, formed from Little Goose Dam, runs 37 miles (60 km) downstream from the base of the dam. Licensing and Open Edition Prints. 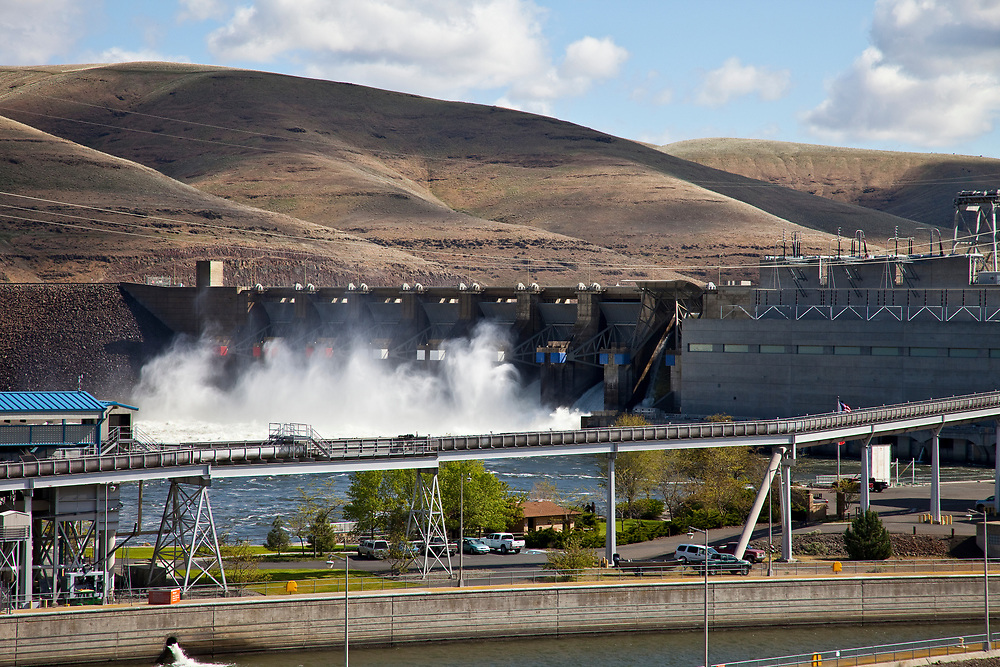